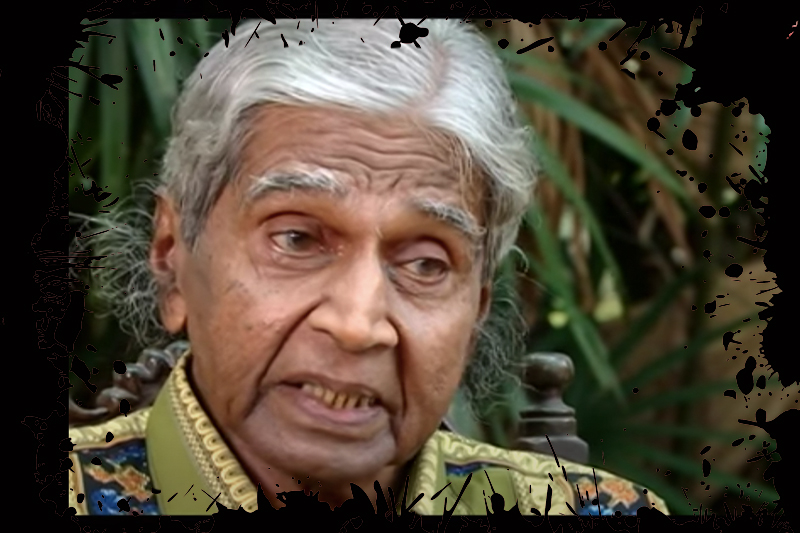 Life is about meet and depart, hello and goodbye. And so we meet all kinds of people.

Among them, men and women of integrity, stature.

He was a giant among the weak, incompetent and inconsequential in the world of newspaper.

The number 8 or rather the date ‘8’ is very significant in his life.

The ‘Divaina — Irida Sangrahaya,’ better known as the ‘Irida Divaina’ was launched under his stewardship on the 8th of October, 1981.

It was launched at an incredibly auspicious moment.

The then Managing Director of Upali Newspapers, Leslie Dharmaratne spurred some loyal journalists to start a trade union to bring down that paper. It did not happen.

J.R. Jayewardena’s government attempted a take-over of the newspaper. That failed.

Some thought that with the sacking of Dayasena Gunasinghe ‘Divaina’ would fall. Nope. Didn’t happen when Sunil Madhawa and Vinnie Hettigoda left.

When a Divaina ‘team’ joined the Lakbima, it didn’t cause even a ripple.

The best opportunity for the paper to collapse presented itself when Gamini Sumanasekera was made the Editor.

Even this didn’t make a dent and this can be attributed to the star-power of the auspicious moment the paper was launched by Ranasinghe Mahattaya.

His beginnings were humble. He started at the bottom of it all and ended at the apex.

Ranasinghe Mahattaya was a good manager.

A good administrator. A good leader.

More than all this, he was a good human being.

Only one side of the story of the Ranasinghe-Gunasinghe spat came out.

It is this unsaid story that the Gadfly is now ready to reveal to the nation.

Edmund Ranasinghe and Dayasena Gunasinghe brought out the Divaina together. They were veritable brothers-in-arms.

You might remember the day when the LTTE exploded a bomb near Elephant House.

This was at a time when J.R.Jayewardene declared that everyone has to take care of his/her security.

It was a time when the editorial was penned by Gunasinghe Mahattaya.

He wrote about the bomb.

It was his practice to run the editorial through Gayrika Perusing.

Gayrika read it. He warned Gunasinghe Mahattaya that the piece would invite trouble because there was mention of impotent leaders.

However, Gamini Sumanasekera, who happened to be around, insisted that if this was removed the editorial would be worthless.

Back then the provincial edition was printed on Friday night. Gayrika received a call from Gunasinghe Mahattaya the following morning.

A little while later Gunasinghe Mahattaya and Gayrika went to the Divaina office and edited out the offensive section of the editorial in the City Edition.

It didn’t take long for an English translation of the editorial in the provincial edition to get to J.R. It was an ideal chance for J.R. to get back at the Divaina which had become a headache. He set the wheels in motion to take over the Divaina.

And that’s how the two parted ways.

The plot hatched by some to further their careers ended their friendship forever.

Merril Perera and Karunadasa Suriyarachchi, who partook of this sin are no longer alive.

Gamini Sumanasekera is still around.

The Gadfly believes that at least he should one day realise the crime they all committed.

He remained silent when Gunasinghe Mahattaya required his approval for service extension upon reaching the age of 55.

That’s all that happened.

Those who misled Gunasinghe Mahattaya cared not the least thereafter.

The worst vermin among all journalists the Gadfly has encountered thrived not outside the Divaina but within its editorial offices.

Ranasinghe Mahattaya is one who treated all things with equanimity. He was well read.

There was one journalist who wrote a series of articles on the economy based on what Ranasinghe Mahattaya had read; he submitted these at an interview and succeeded in securing a position as a lecturer n a university. 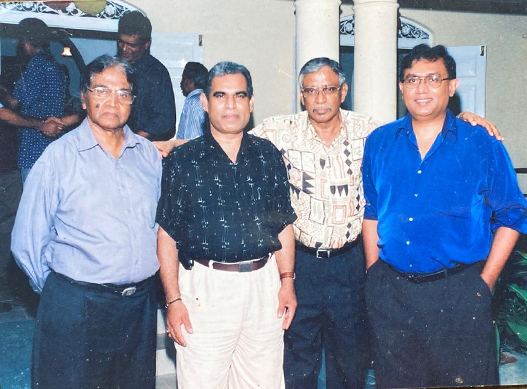 There’s no record of him ever having a disagreement with Upali.

He speaks fondly of Upali even today.

‘Do you know how Gayrika learned to interview ministers so aggressively…..he learned all that by arguing with me!’.

That’s how he spoke of Gayrika to the Gadfly on one occasion. He was smiling as he said this.

He said things as they were. Straight to the face.

One Friday evening, Upali, Kasuri, Dharmaratne Wijesundara and others went out with Ranasinghe Mahattaya for a drink.

Gamini, who didn’t drink, joined them. After a couple of drinks, Ranasinghe Mahattaya turned to one person and said, ‘You know, your pieces on the arts are not about issues that concern the nation — they are but the problems of your friends!’

In one sentence he captured a cynical review that could have been written in several chapters.

He never once deployed his pen against the nation — it was for the national interest at all times.

A Divaina columnist once wrote a piece criticising Ranil Wickramasinghe, even though Ranasinghe Mahattaya had told him not to.

This is what he told that columnist: ‘You did what I told you not to do, didn’t you? I wasn’t thinking of Ranil when I told you not to write about him. It was his father who first gave me a job. I am grateful and need to honour the debt I owe.’

That’s the humanity of the generation Ranasinghe Mahattaya represents.

He represents perhaps the last generation on this earth that values and affirms gratitude.

Ranasinghe Mahattaya doesn’t have sons — he has two daughters.

Perhaps it is because of this that he nurtured many sons in the world of newspapers.

How many of them remain today is the question that needs to be answered.