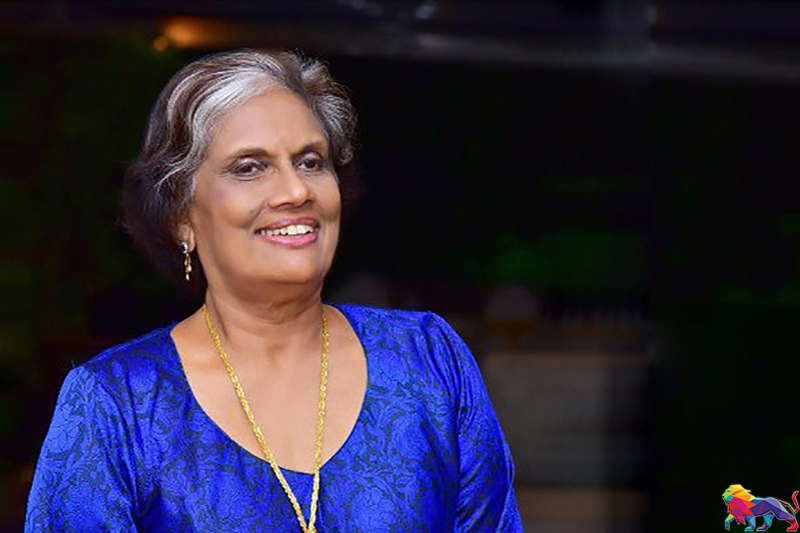 Former President Chandrika Bandaranaike Kumaratunga's 76th birthday falls on 29 June.
No force in the country's political arena has been able to erase the name "Chandrika Bandaranaike Kumaratunga".
At present, the service rendered by her and the need for a head of state like her is increasingly felt when considering social, political and economic aspects of the country.

It is my belief that many who ask what Kumaratunga did, are well aware of the role she played. But today, due to political hypocrisy, they act as if they know nothing about it. It was her who put an end to the cursed era of 17 years in the country and brought back democracy, freedom and peace once again.

Had she not taken the lead in the midst of enormous challenges in the year 1994, the people's movements in Sri Lanka would have broken down.

However, a country that had been stigmatized internationally as the "land of murderers" was drenched in the rain of democracy, during the regime of Kumaratunga.

As a result of all that she did, our country was once again proudly elevated before the world as a democratic state.

Moreover, foreign relations, which had been strained by then, were rebuilt during her era and the economy was strengthened while development activities were accelerated. She was also sincerely committed to finding a peaceful solution to the civil war.

During her regime, she tirelessly worked to strengthen the Sri Lanka Freedom Party (SLFP), a legacy the nation inherited from her beloved parents, slain Prime Minister S.W.R.D. Bandaranaike and the late Sirimavo Ratwatte Dias Bandaranaike.

However, looking back today, the country she built seems to be deteriorating again.

The economy is currently collapsing and "Democracy" and "Good Governance" have become mere words. Friendly foreign relations are no more and our proud country, Sri Lanka is becoming internationally isolated.

Also, SLFP, the political party of the people of this country, is currently in a state of severe decline.

In this context, the progressive people who love and respect this proud Bandaranaike daughter, have a great responsibility, that is to save the SLFP, which is heading towards the brink of destruction day by day due to the short-sighted behaviour and ambition of the present opportunistic leadership, and to rebuild it strong.

For that purpose, all progressive forces must stand together.

A group of principled people who respect Bandaranaike's vision must take the lead soon.

It will, for no doubt, be the greatest tribute that can be paid to Kumaratunga, on her 76th birthday.